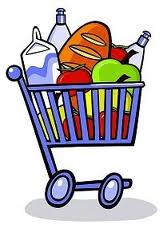 There is no winning for either of us at the store.

Since A’s balance is bad, he pushes the cart.  Since his proprioception is not so hot, either, he steers real clear of obstacles.  This means if there is someone up ahead, he stops about halfway down the aisle so as not to bump into them. Won’t move til they move.  (I won’t even go into the problems with the mid-aisle displays in the grocery store.)  At the head of an aisle, turning corners, this slowing down and hanging back is inevitable.  It just takes way longer.

Because some of his side vision is obstructed due to previous brain hemorrhages, he likes to walk behind me, not next to me.  I think he also likes to walk behind me so he knows where to go, though he denies this.  Because he has dementia, in addition to first paragraph issues, he goes really really slowly.  R-e-a-l-l-y.   S-l-o-w-l-y.

I also think he gets way overstimulated with lights and displays and people.  This adds to his confusion and further slows him down.

The problem is pacing.  He is proud of the fact that, as he says, “I am never in a hurry.”  Unstated words are, “...like you are all the time.”   Yet as slowly as I might go in the store, he goes slower.  And since he keeps me ahead of him, I do not know if he is keeping up or is back in the reeds unless I constantly look behind me.  On purpose, sometimes, I slow down to allow him time to catch up with me.  He just slows down, too.  I can be practically crawling down the aisle, and he can be found stopped in his tracks, halfway back, waiting for me to start moving again.  Yet, according to A., I am speeding through the store with no consideration for him and his more leisurely pace of life.

If I am not in his eyesight up ahead, he is lost.  If I round the aisle to the next one (which is the exact wrong spot to stand and wait) and he is not right behind me, he stops dead at the end of the aisle and has no idea what to do next.  This is interpreted as my inconsiderately leaving him behind.

I thought I had cracked the code when I started to hold on to the end of the cart.  Not to pull, unless he was doing one of those “stop mid aisle so the object 12 yards down doesn’t  pose a bumping hazard” moves.  Most of the time, it seemed to be a perfect solution in that I knew where he was, he could see me, and we could get out of the store in less than 45 minutes after buying 10 items.  However, that is “treating me like a child”, and therefore not acceptable.

The secondary problem is frustration.  On both our parts.  By the time we are halfway through the store with my being expected to have eyes in the back of my head and his needing to go unreasonably slow, I often am actively talking to myself in an attempt to not run like mad out of the store, get in the car and drive to Oklahoma to start a new life.  He, on the other hand, is equally frustrated--feeling that I am whizzing him through the store in an unkind and unreasonable way.

I have attempted to talk about this with A. so many times.  The most recent time was today.  I explained that if I cannot see him, I cannot know how to go at his pace.  I asked him if he could help me to go his pace by walking alongside me.  He complied, but not without Attitude.  The very next store we went into (this was errand day), it was as if we never had that conversation at all.

I do go shopping by myself.  Often.  But he needs to get out, too.  He likes to see the world, cruise the aisles, choose his own 5 food groups (ice cream, oreos, vodka, donuts and ice cream).  Often, it is on the shopping trips just for his faves that we have this trouble.   ...And so far I have not yet been able to persuade the manager to have all his favorite items on the same shelf in the front of the store right by the check out stand.

Anyone else experienced the "at the store crazies”?  Did you find a solution??

or....Does anyone know how to start fresh in Oklahoma? 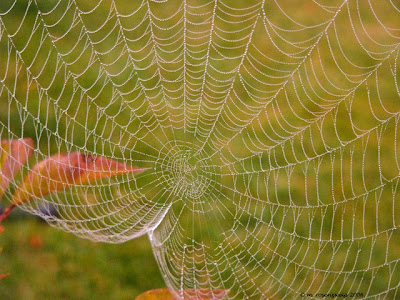 I welcome your comments. Some people are reluctant to comment, or feel they aren't allowed, because they don't have a Google or other account. Not so! I've tried to make it easy, but due to a huge amount of spam which arrives via the option Anonymous, I've had to make some changes. Here's what you do to read others' comments and to leave your own comment. Click on "Comments" below each post. Scroll down to the bottom of the comment list. Leave your comment in the white box provided. Below that, there is a box saying, "Comment as". When you click on that, you are offered many choices. If you have any kind of Google account, just type in your address. (this is not revealed on my blog anywhere.) I have changed only the option to respond as Anonymous, because that is where all the spam is coming from. Your comment will be posted after I have a chance to read it and screen out any spam. (Too bad a small group has to spoil it for the rest of us). But please, let's keep this a community forum, and thanks for understanding.

Living with dementia is a tremendous challenge for all concerned. Watching a loved one struggle with dementia is like experiencing a thousand losses (one could say deaths) in tiny doses. Yet living and loving go on. I have created this space to explore my experiences in living alongside the slow progression of dementia. I mean to store my memories, explore ways to adapt and accept, and perhaps join with others who are on a similar journey. Welcome, readers.

waning light
My husband is experiencing the long, slow, inexorable decline of dementia. He has a vascular condition which makes him prone to brain hemorrhage and to progressive dementia. It has been 13 years since his first bleed, which led to his diagnosis. He has had three subsequent bleeds and deepening disability over this period. I am a wife, a mom, a grandmother, a friend, and a clinical social worker. Mostly, these days, I am a student of acceptance, adaptation, and loving in the face of loss and deep sadness. It's by far the toughest course I've ever taken.